This is a little experiment. Below is the first part of my short story (recently written). All I would like to know is whether you would like to continue to read it. A simple YES or NO will do and your contribution is much appreciated 🙂

“So you wouldn’t say that False Bay is any different to any other prison?” the Cape Town Independent reporter asked, twirling his pen in the gap where two of his bottom teeth were knocked out. “No. No different”, the warden replied. Warden Rodemeyer considered the man seated in front of him with disdain and tried to ignore the tattoo he saw hiding behind the reporter’s collar.

“But surely you can’t be serious Warden. I mean, the highest suicide rate in the country? And I don’t mean a few more than the others, we are talking large numbers here”, the reporter said, tapping his thumb against his thigh, “There have been speculations for years, you know that”. Paki “The Tooth Fairy” Lewis, as he had become known in certain secret circles, had waited months to secure this interview and now it was all going to shit. Fifteen years of journalistic experience was no match for the keeper of this prison.

“Yes. I know that. I run this prison well. I keep monsters away from Joe Public, monsters you would not want to burden yourself with my friend”, the warden replied, “and as you know, I am not guilty of anything. That has been proven”, he continued confidently.

Paki turned back as he exited the warden’s office, “Thank you for your time warden”, he said, leaving behind a smile which promised future investigation into the matter. He did not get anything out of the man. It might as well have been a press conference where, as usual, people ramble on in front of a microphone but nothing is ever really disclosed.

The warden securely unpacked his most prized possession, neatly placing it on his desk. He sat back in his fake leather chair, accustomed to the squeaking of its hinges, swallowed two painkillers with cheap whiskey and rubbed the residue from his mustache with thin, scrawny fingers. Fake leather and cheap booze didn’t bother him, as this was not a place for expensive material luxuries. This was a place for gut wrenching cries in the dark of night. For sweat and piss and a controlled level of malnutrition, he thought. After finishing his drink, he lit the first candle.

Creating multi-dimensional characters for your novel is probably the most important element to consider. Characters are the primary driving force around which your story is formulated.

His long, long hair wafted around him like black smoke, its tendrils curling and moving of their own volition. His cloak — or perhaps that was his hair too — shifted as if in an unfelt wind. – N.K. Jemisin

“The face of Elrond was ageless, neither old nor young, though in it was written the memory of many things both glad and sorrowful. His hair was dark as the shadows of twilight, and upon it was set a circlet of silver; his eyes were grey as a clear evening, and in them was a light like the light of stars. – J.R.R. Tolkien

“If the motorcycle was huge, it was nothing to the man sitting astride it. He was twice as tall as a normal man and at least five times as wide. He looked simply too big to be allowed, and so wild — long tangles of bushy black hair and beard hid most of his face, he had hands the size of trash can lids, and his feet in their leather boots were like baby dolphins.” – J.K. Rowling

I think we can all agree that the above character descriptions come from some of the best fantasy authors. When we think of Lord of the Rings, we immediately have a vivid description of all the different characters. You might not be working on a fantasy novel, but creating interesting characters in your romantic comedy or thriller are just as important. They might not have special powers or they might not be creatures, but they need to be real.

My acting experience has given me quite a bit of insight on creating a believable character. You need to dig deep and consider all facets, from your lead character right down to a character that only appears in one scene. Below is part of my character checklist you can use when creating your characters. If you would like the complete list, please either leave a reply with your email address or email me directly (check my contact page) and I will send it to you free of charge. I didn’t want to make this post too long (which the complete list would do).

Once you have completed a checklist for each character, keep it close or stick it on your wall. You might not use all of your answers, but now you have something to refer back to.

As I have mentioned, this is only part of the checklist. Please email me for the complete list in PDF format.

I am looking forward to hearing from you.

If you keep secrets from your enemies, tell them not to your friends - Anonymous

Film: Image of the week. 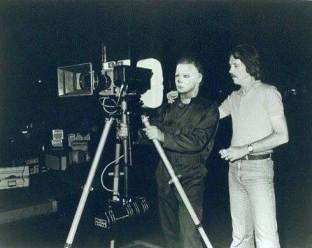